This Shungite MerKaBa with unpolished surface made of 100% natural stone shungite. Each shungite merkaba meditation is the result of handmade. All Merkabas are cut from a single piece of shungite stone. Also shungite merkaba benefits its the size are about 4-4.5 cm / 1.57-1.77 inches. The Weight is about 100 grams / 0.22 lb.

This Shungite merkaba meditation is made from a single piece of rare natural shungite stone. This black stone is one of the rarest and most amazing minerals on earth. Shungite merkaba benefits has the ability to absorb and emf protection. In addition, it helps to fight geopathogenic phenomena. We make shungite stone merkaba, polished or not polished (unpolished).
In turn, they are slightly different, one is shiny, and the second is matte with a natural pattern of shungite stone. Please note that real shungite stone contains such minerals as quartz and pyrite (white and gold mineral). If we polish the merkaba, it becomes black and shiny.
And the veins of quartz and pyrite will be less visible. On unpolished shungite merkaba meditation, you will see more of the original shungite pattern, and it will feel smooth to the touch.

We cut shungite merkaba meditation manually from solid shungite stone. In turn, we get not just shungite products, but even mystical objects …

A very important place in the understanding of the mechanics of the universe is occupied by the concept of “MERKABA”.
If you understand the purpose and principle of operation of this concept, a person becomes really invulnerable. Shungite Merkaba benefits as a mechanism for realizing the principle of creation is priceless for anyone who thinks about their place in this mysterious world…

Then “Ka-BA” together forms a stellar tetrahedron. Combining these three syllables into a single word, we will come to the realization that Mer-Ka-BA is a rotating field of light in opposite directions, which simultaneously affects the spirit and the body, forms a self-sufficient stellar tetrahedron, which is a vehicle for the simultaneous transfer of spirit and body from one dimension to another.
Therefore, MerKaBA is the main engine of the UFO, which transports the ship from one dimension to another.

Mer-KA-BA, reflects the essence of the Unified Law. In MerKaBA, there is a Central axis of symmetry and two parallel triads. Moreover, the triads are shifted in phase relative to each other.

Shungite merkaba properties are Mer-Ka-BA reveals the meaning of the most ancient mystery, because it describes the processes of generation of “spiritual particles”, the processes of materialization-dematerialization, the unity of matter and spirit. These tetrahedra contain two streams of energy with opposite “spins”.

In one tetrahedron, energy flows go from the base of the pyramid to its top, in another, on the contrary, from the top to the base. Then connecting these two tetrahedra so that their energy “spins” are connected in series, we get a bi-pyramid that reveals the mechanism of energy functioning of Mer-Ka-BA.

This mechanism of shungite merkaba properties fully corresponds to the coupling mechanism of two tetrahedra into a single stellar tetrahedron. Thus we see again how the mysticism of the physics of spirit merges with the reality of the physics of matter. Energy flows in these pyramids can form energy “vortices” and “funnels”, compress space-time, or stretch it.

This is the mechanism of formation of “vortices” and” funnels “of double helices “Vesica Piscis”. Maybe shungite merkaba meditation will help scientists to understand more deeply the nature of the origin of electromagnetic field lines of force?

If a person reaches the appropriate level of spiritual perfection, then Mer-Ka-BA can serve as a vehicle that can access the memory of his past lives, because in this state, a person connects with his higher Self.
But the achievement of such a state can only be realized by using the algorithm for generating States of the MerKaBA hexad, which describes the sequence of stages of achieving such a state as a result of the corresponding meditation. And to “start” the energy transport mechanism, it is necessary that the entrance and exit to MerKaBA are open.

Other interpretations of Merkaba meaning

Shungite merkaba properties are Mer-Ka-BA can also be interpreted from the perspective of the concept of triplicity. It can be represented as a double triad (hexad). One of which will represent our world, the other-the world through the looking glass.
Then, the transportation of the body and spirit, using the body of light, can be represented as a parallel connection of opposite triads: light, spirit, astral body + darkness, soul, physical body.

This hexad represents the meaning of the most ancient secret that MerKaBA hid from people, for it describes the processes of generation of “spiritual particles”, the processes of materialization-dematerialization, the unity of matter and spirit. This hexad describes only the very first level of generation of “spiritual” entities.” What qualities will the next levels of the hierarchy have?

MerKaBA is the gene in the image and likeness of which our entire universe is built. It generates an evolutionary life-flows of YANG-YIN. In addition, we can say that the properties of shungite merkaba are that it generates Events and Changes of the Single Law and reflects the properties of the world constant of the universe.

In accordance with the algorithm for generating spiritual particles, the “soul plus spirit” connecting with the corresponding “structures” from the “looking glass” form a new “body”. It which can become another shell of a spiritual entity called Spirit, and whose consciousness is formed in the same way as it occurs in the human brain during the formation of another brain shell.
It should be noted that the dual pair “soul+spirit” is directly reflected in the structure of human bodies. This structure is also a stellar tetrahedron Merkaba cube, “woven” from two L-and D-tetrahedra.
In this case, the L-tetrahedron represents the structure of directly earthly bodies to a person (physical, etheric, astral, mental) and the D-tetrahedron is a set of spiritual bodies (karmic, intuitive, celestial, Keter), which are no longer destroyed with the death of a person (more).

Let’s consider the mechanisms of functioning of human Consciousness and spirit. The spirit has access to all its brain shells, so it can have a more complex multi-level Consciousness than a person. He remembers all his past lives, whereas an ordinary person can only have access to the active brain. He does not remember his “past years” and past lives. Information about them is “sewn up” in his subconscious.

Multilevel human Consciousness is manifested in the fact that its inner world is versatile like a Merkaba star. Each facet of this consciousness characterizes, for example, one or another type of its activity, is associated with one or another of its status.
But a person cannot simultaneously be in all his “dimensions of Consciousness”. At any given time, he can switch consciousness from one side of it to another. We can say that the multidimensional nature of human consciousness is provided by the temporary separation of channels of consciousness.

Thus, if you compare the shell of the spirit with each reincarnation. The Spirit can have access to all its shells simultaneously (subconsciousness) and sequentially (consciousness). In other words, the Spirit has a more complex spectrum of splitting of the “subconscious-consciousness” pair. A person who lives on Earth, in a three-dimensional body, also retains memory and experience of life in other dimensions. But only this memory is shielded). 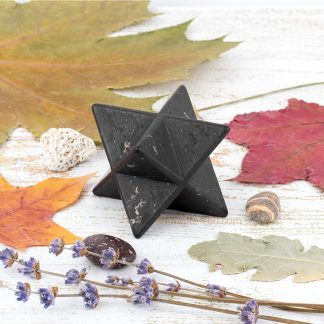