Hello, you are on a Website that is completely dedicated to the rare mineral Shungite. Here we have tried to collect the most important information about what is shungite? Also, we have given you the opportunity to purchase this rare genuine mineral in our online store.←(click here).

For a long time, we are fond of studying various rocks of Karelia. One of the most amazing minerals for me became is Shungite. Today, we will try to answer the question what is shungite? In this article, we have tried to describe this issue in more detail, so that you have a more complete concept of this mineral. Also in this article we touched upon such terms as Carbon and Fullerenes. I think these two terms are the main ones for the disclosure of this issue. We apologize in advance, grammatical and syntactic errors are possible in our article. The fact is that we speak Russian and do not speak English fully and did the translation of our article on their own.

Shungite is a rock those main chemical element is carbon. Most noteworthy, only this form of carbon contains natural Fullerenes. This mineral has truly amazing and unusual properties that are no longer inherent in any mineral on earth. According to scientific research, Shungite was formed more than two billion years ago. This extremely rare rock is found only in one place on the planet earth. This is the North-Western region of Russia – “Republic of Karelia”. 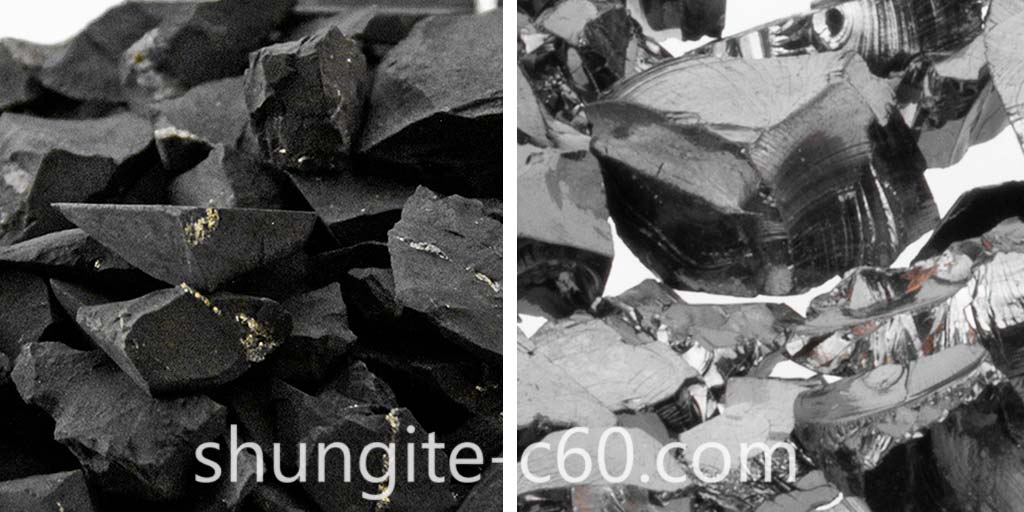 Carbon is a chemical element discovered by French scientist Antoine Lauren. Antoine is the founder of the modern science of Chemistry. At the time of the discovery of carbon, this chemical element was called “clean coal”. In 1780, in the book “Method of chemical nomenclature” the name appears is Carbon. After that, the concept of “Clean coal” is changed to Carbon. Carbon is a chemical element that exists in many allotropic modifications. In modern science, there is a concept of “Allotropic modifications of carbon” is a substance similar in composition but different in chemical structure. 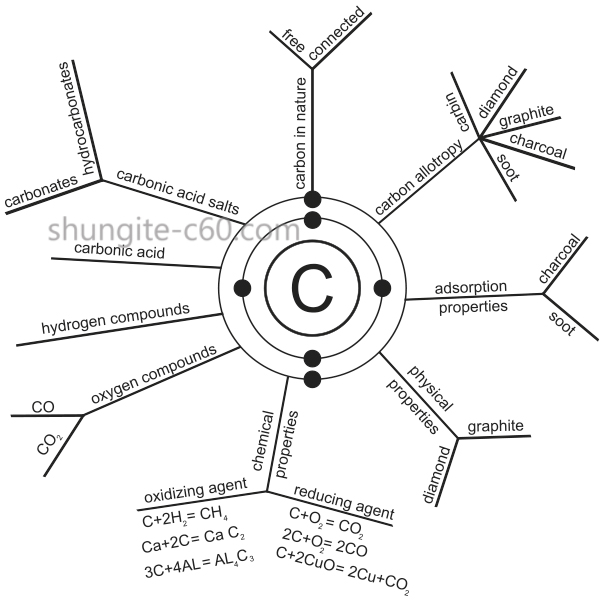 There are many in allotrope modifications of carbon. For example, Diamond, Graphite, Carbyne and Fullerene. Carbon is an amazing element that is able to form substances that are radically different from each other and have completely opposite properties. This element has the greatest number of Allotropes i.e. modifications. In addition, this element was the building material for our planet, today carbon compounds are the basis of all living organisms on Earth. This is the real material of the future, however that has yet to be explored. 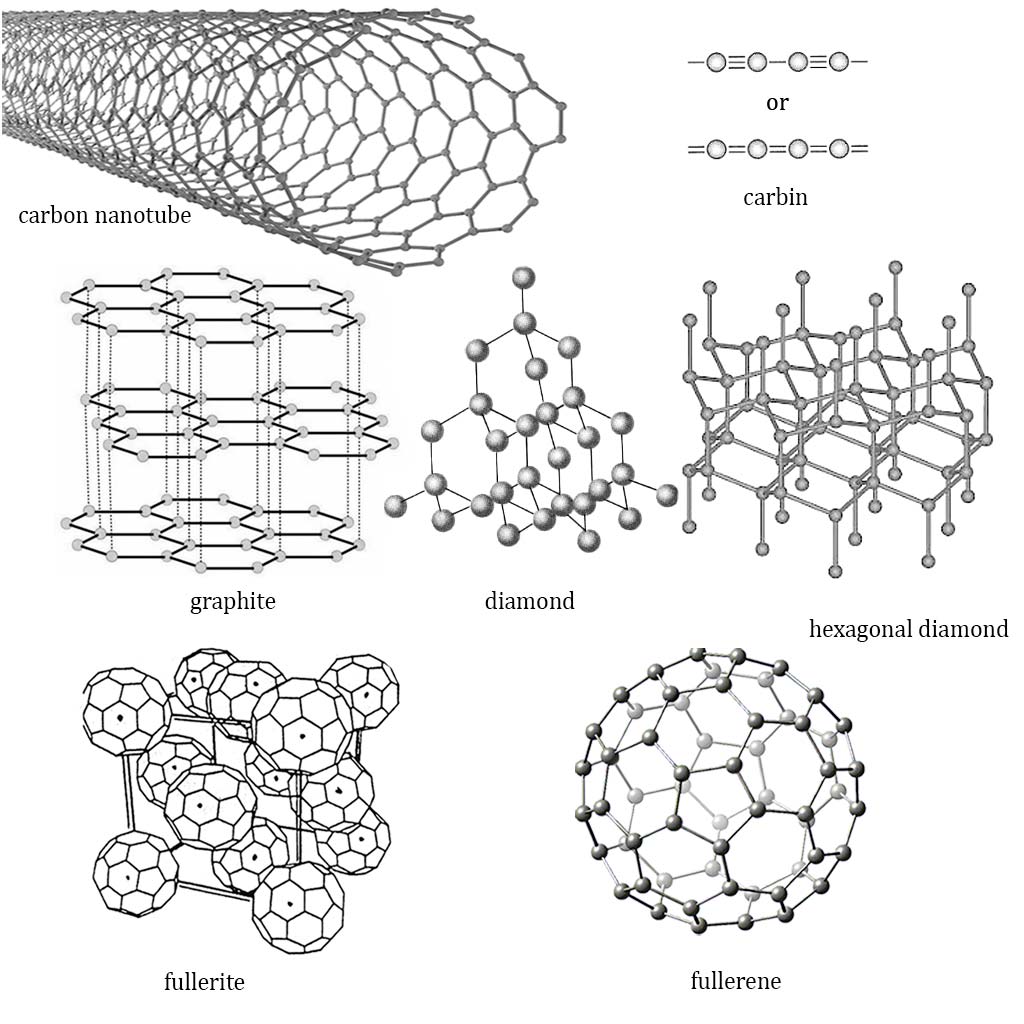 The importance of carbon for humanity

The universe is keeping secrets which is difficult to find an explanation. The whole evolution of matter is in the General system of molecular interatomic bonds-energy flows. Minerals have accumulated information about the evolution of the universe, the evolution of the earth, which they are able to transfer to other types of matter, atomic structures in terms of direct active contact. In matters contains large amounts of carbon. A human is composed of 25% carbon, grass is 5%. New spheres of life are opening up for humanity. For example, the discovery of fullerenes and nanotechnology is far superior to human invention such as the wheel. It is not without reason that more and more attention is paid to this in the developed countries of our world.

Fullerene is an allotropic modification of carbon. It was discovered in 1985 by American scientist Robert Smoli and Robert Curl and British scientist Harold Kroto. In 1996, the Nobel prize were awarded these scientists for the discovery of Fullerenes. In fullerenes carbon is bound in linear chains, these chains make up a lattice, such a lattice is called-Fullerene. Fullerene molecules can take many forms. For example, a fullerene C60 it looks like. 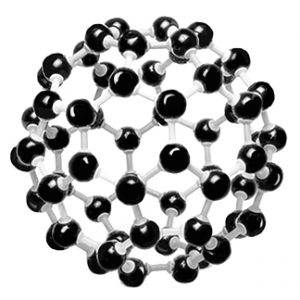 What is Fullerene c60?

Fullerene C60 is the most famous, it consists of 60 carbon atoms. In addition, other forms of fullerene can form whole structures-Nanotubes. There are many reasons that make Shungite unique. Above all, it’s Fullerene C 60, which was found in its composition. Molecules of C60 and C70 fullerene were isolated from the rare mineral Shungite. Most importantly, this is the only natural material where fullerenes have been discovered. The formation of Shungite lasts from 600 million to 2 billion years. Fullerenes are also synthesized on special equipment. This is an very expensive product. It is much more expensive than gold! Fullerenes are between living and non-living nature. They can not be attributed to lifeless, but they are not a living organism.

One of the many properties of the unique forms and structures of fullerenes is the ability to construct atomic nanolayers. A nanometer is 1 billionth part of a meter (1 / 1.000.000.000 meters). At the level of these values there are processes that are poorly explained in the language of traditional Physics and Chemistry. Perhaps these ones processes confer Shungite unusual healing properties and unique abilities.

There are two types of Shungite in Karellia region:

The first type is a Classic Shungite

It has a black color with streaks of golden and whitish color, because these are the two main minerals Pyrite and Quartzite, which are part of its composition and are one of the hallmarks of genuine Shungite. Above all, the main mineral is a unique carbon (from 30% to 60%). Fullerenes c60 were found in the composition of this carbon. 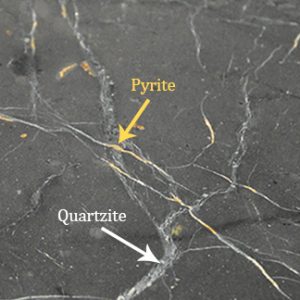 That is what makes Karelian shungite different from another rocks which are also similar to it and are mined in many countries of our world. Another rocks are called “Shungites-containing” it do not contain fullerenes, its there is no unique carbon C60. Such rocks are very cheap for sale and do not have the unique shungite properties. Very often such rocks to pass off as genuine Shungite healing. After discovered the unique healing properties of Shungite, its forgeries became too much. 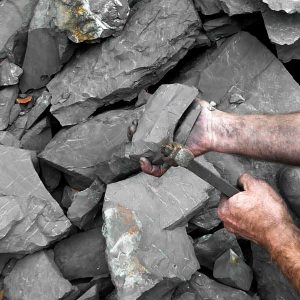 Proportions of these minerals can vary depending on the depth and location of the production layers. Due to the presence of other minerals, it allows to produce various products and goods: pyramids,spheres, pendants and much more. Scientific studies have confirmed that Shungite has the ability to absorb electromagnetic waves of high frequency. This is a protection against EMF. Sources of such EMF waves are almost all electrical appliances, mobile phones and Wi-Fi, it surrounds almost every person in the modern world. It’s really an amazing ability that this all-natural material has.

Most noteworthy this unusual mineral that has sorption and antibacterial properties, due to the porous structure of this mineral is able to purify and mineralize water. Results of such studies are also publicly available. In 1719, a resort with healing waters is “Marcial waters” was opened in Karelia. These waters have a truly healing natural power. Recent drilling studies have found that these waters flow through a large Shungite formation. This scientific discovery was an explanation of the healing properties of this natural source of water. You can learn more in our special section – Shungite properties.

First of all, I want to note that it is almost pure unique carbon (98-99%). Structure of this carbon is very similar to the carbon structure of the meteorite – Alland. Until now, there are no exact scientific explanations about the origin of elite shungite. Also, this carbon form of this rare mineral has nothing to do with other forms of carbon on earth. Some scientists have suggested that this amazing mineral could get to earth from Space. However, other scientists, believe that the elite shungite is a mineral of terrestrial origin, which was formed many billions of years. 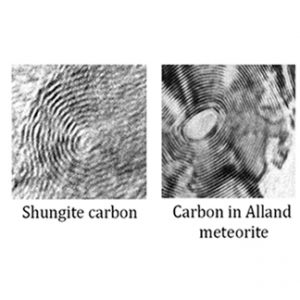 First of all, fullerenes c60 in this type have a hydrated form as a result it’s soluble in water. As a result, it allows you to saturate the water with fullerenes, to mineralize such water and structure it. Above all, other minerals which are a part of the present Elite type can give on its surface traces of a small rust. For example, such a mineral is Pyrite. It can leave traces of rust when oxidized on oxygen. You should not be afraid of this phenomenon. Because, the rust is a natural feature of real elite shungite but it’s can be cleaned by a rigid brush and water.

Elite shungite has a dark gray color, its surface is smooth to the touch and reflects light. It is an extremely rare mineral. As long ago as the so-called “USSR” period the Deposit of the rock was completely exhausted. On this occasion, even called the whole village, the name is consonant and sounds like a village Shun’ga. Currently, each piece extracted by hand. In the near future, this unique and one of the rarest and healing minerals will cease to exist in the natural environment. Learn more about what is elite shungite  ←(click here) 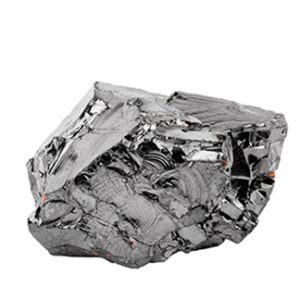 In conclusion, in today’s world, people have learned to fake almost everything. Please note, this rare mineral is no exception. We extracted every piece of elite shungite myself. I guarantee that you will receive from us only real Shungite. In addition, we are located directly in the Republic of Karelia and personally create all the products for our store. Therefore, you can be absolutely sure that you will receive from us only genuine products from the real  Shungite.  The entire range of products from genuine shungite stone you can see in our store. Just click here to go to our store.

Please note, that on the territory of the Russian Federation, a Shungite is not a product that is subject to mandatory certification. Therefore, many unscrupulous sellers from other cities of Russia or other Countries sell Shungite-containing rocks under the guise of genuine.