Add this shungite emf protection plate to your pop socket. These round shungite phone disc for cell phone have a glue base one side. Remove the protective layer and stick this tile to the desired location.

Everyone knows that a mobile phone is one of the main sources of electromagnetic waves of high frequency. Such waves can have a negative impact on the human body. As a result, EMF protection has become one of the main issues in everyday life. To solve this problem, we offer shungite popsocket for phone with engraved image of Labyrinth.

How is made shungite phone plate.

All our shungite popsocket for phone are made of 100% shungite stone. To get one such tile master uses a solid piece of stone, which is cut into strips of small thickness. In the future, the desired size of the shungite sticker is cut from such blanks. Above all, one side of this tile has a polished surface or a smooth unpolished surface.

The other side has an adhesive base on which there is a protective layer.

Scientific studies that have been conducted by scientists from around the world have one result. Firstly, shungite is recognized as a mineral that has the unique ability to neutralize the waves emitted by various electronics and devices. Secondly, this mineral is recognized as one of the most effective natural materials in the field of EMF protection.

In our online store there are several sizes and several shapes of shungite popsocket for phone plate with adhesive layer. These are rectangular shaped plates and round shaped plates. It is recommended to use small size plates for small devices.

The bigger the size your phone has, the bigger the shungite tile for cell phone should be. The rectangular shape has advantages over a circular shape. As a result, you may choose the form only the one that you like best.

The fact is that there is no information about how the shape of the shungite (circle or square) is the most effective. And also we have in stock are other images engraved on the shungite phone plates. In addition to everything, we offer an even larger shungite circle with a Labyrinth pattern with or without a magnet.

How to use shungite phone sticker.

Also, note that the surface to which the tile will be attached must be dry, smooth and clean. In addition, the tile will not hold as firmly if you tear it off the surface and decide to use it on another surface. It loses adhesive properties of shungite phone protection disc.

Polished shungite stone and its satellites.

Also note that shungite stone has good polishing properties. But it also quickly loses its shine with use and becomes matte. However, the engraving we do in our store is very high quality and will last forever. Genuine shungite stone contains inclusions of quartz and pyrite.

Thus, you can see the whitish and yellowish veins of these minerals on the surface of the engraved shungite plate. 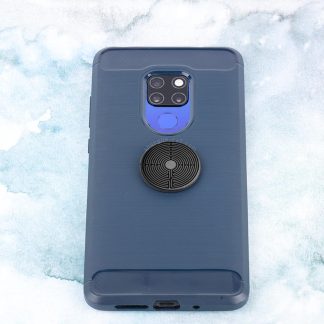