One of the most ancient and powerful of amulets on the earth.

Shungite Pendant Tree of life is one of the most ancient and powerful symbols found in many cultures. Most likely, have you already heard about the Scandinavian evergreen ash and Ficus Religiosa from India? This mythologeme symbolizes the idea of updating the existence cycle, the sacred center of the Earth, the model of the world’s structure, and so on.

Tree of life necklace as a amulet

Tree of life pendant as a symbol

The tree of life necklace is, first of all, a symbol of the connection of our world and the world of heaven. As a tree stretches to the sky and receives energy from the sun, so a person stretches to the universal energy, to its flows. This is a very harmonious symbol, because the tree has always been a symbol of life, development, growth.

Also, the Tree of life pendant can denote the Genus. As all leaves are bound to the branches, and branches to the trunk, so we are bound to our ancestors. Each person is connected to the energy of the genus. It protects the power of the ancestors, helping in difficult situations, becoming a powerful shield against negativity.

What happens if you find your double?

Features of the production pendant of shungite 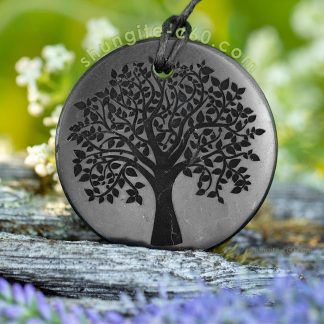