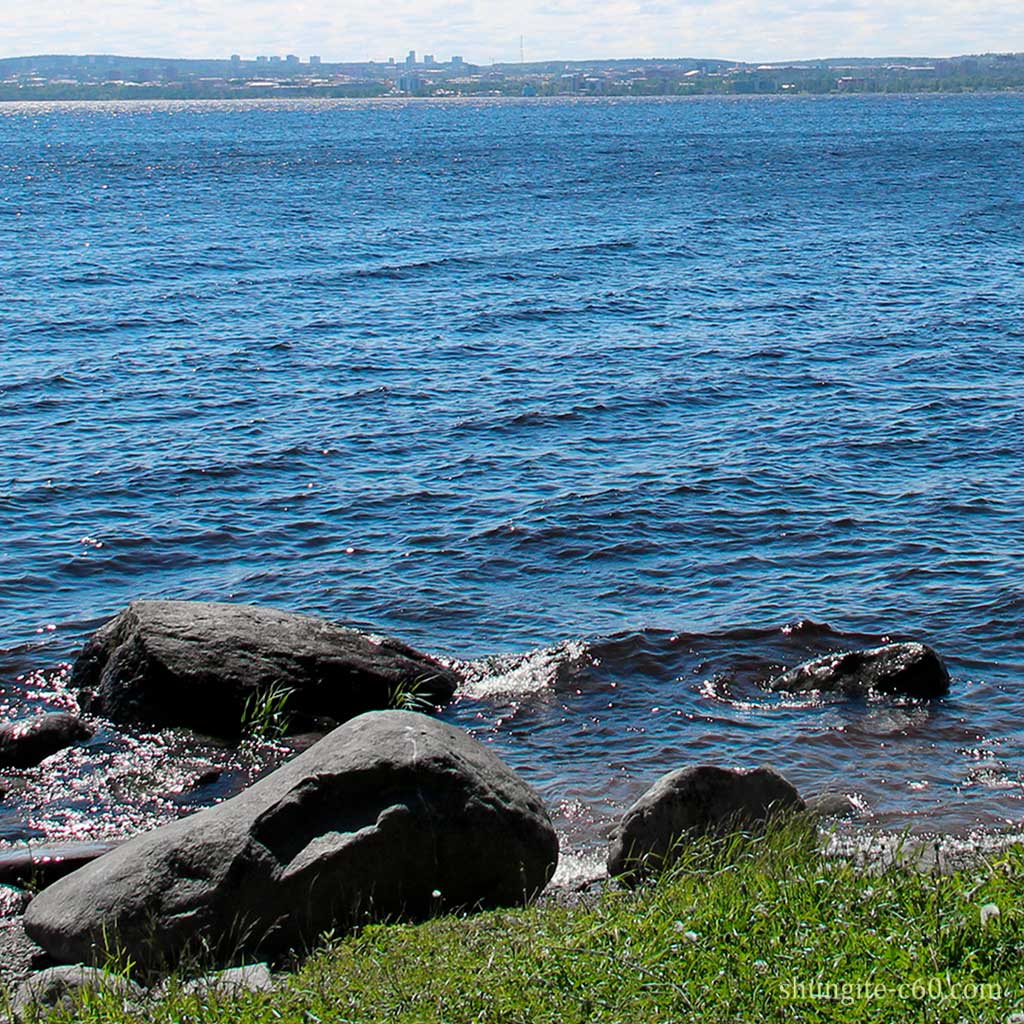 Shungite wonderfully purification water. It disinfects it. Above all it kills E. coli, Vibrio cholerae, neutralizes heavy metal impurities, ammonia. In addition, shungite have ability to neutralizes nitrates, organochlorine compounds formed from chlorine and organic impurities when boiling tap water. Infusion of water on shungite forms a water-mineral solution. That has unique healing qualities, in fact it is a ready-made medicine created by nature itself. Without any chemistry, without any human intervention. It is similar in composition to enzymes and hemoglobin. You can learn more about this rare mineral. In this article, we have tried to fully describe what shungite stone is.

The results of scientific research

Studies conducted with the purpose of using shungite for water purification and conditioning have shown:

Shungite in water benefits have also been studied under special laboratory conditions. Laboratory studies have shown that 2-3-day shungite water infusion has a pronounced bactericidal activity. The infusion was infected with the following microbes:

Meanwhile, in 2020, scientific papers were released Proceedings of the Karelian Research Centre of the Russian Academy of Sciences:
SHUNGITE ROCKS OF VARYING GENESIS IN INNOVATIVE WATER TREATMENT TECHNOLOGIES.

Ecological situation in the modern world

According to the world Health Organization, water contains 13,000 potentially toxic elements, and 80% of diseases are transmitted by water.
The main sources of water pollution were brought by civilization. Surface waters of Russia are most polluted with petroleum products. For example, phenols, easily oxidized organic substances, metal compounds, ammonium and nitrite nitrogen. As well as specific pollutants, which include lignin, xanthogenates, formaldehyde and others. It brought to reservoirs by wastewater from agricultural and municipal enterprises.

Lake in Russia with clear water

Clean and soft water at the depth of lake Onega in Karelia. Above all it can be drunk without any purification. As a result of thousands of years of interaction of this water with shungite. Water infused with shungite has bactericidal properties. In addition is purified from various impurities of organochlorine compounds, nitrates and nitrites. Also, excess copper, manganese, turbidity and unpleasant odors disappear from it. In addition, shungite gives water unique healing properties. Moreover, the locals have long known about the medicinal properties of the water that came out of the shungite layers. Therefore, since the time of Tsarist Russia, health resorts were built in Karelia, including those discovered by Peter I. In the meantime, we offer the opportunity to transfer the beneficial properties of shungite to your home, for example, through a shungite bath.

Methods of using Shungite for water at home

In this article, I will try to be consistent and answer for most popular questions. Please note that Shungite stones are not a medical product and do not have official instructions or precise guidelines for use. All recommendations are based on the experience of other people.

Elite shungite stones are usually used for water mineralization. Before the first application, you can wash your stones in hot water. Usually use about 50 grams of elite shungite stones per liter. After 12 hours, this water is ready. When you drink from a jar you just add new water. It is better to use glass dishes. You just add new water to replace the one you drank. If you have not added new water for 2 days, it is recommended to completely drain the water from the jar and fill in the new water. Because such water will be too mineralized. You should not replace the basic water requirement with just shungite water. One or two glasses a day is enough. After 14 days, it is recommended to take a break for 7-14 days.

Elite shungite stones should be washed once every two weeks under running water. Just rub them together if your stones are small or brush them with a brush. These stones do not have an expiration date.

You can also rinse them with hot water. After 24-48 hours, such water is considered ready. You can carefully drain this water into another vessel (glass), but you must drain the sediment into the sink. After that, wash your stones and fill them with water again.

Black shungite stones have sorption and antibacterial properties. In this regard, over time, they absorb harmful impurities from the water. These stones need to be replaced with new ones once every three months. I hope this ifnormation will be useful for you.